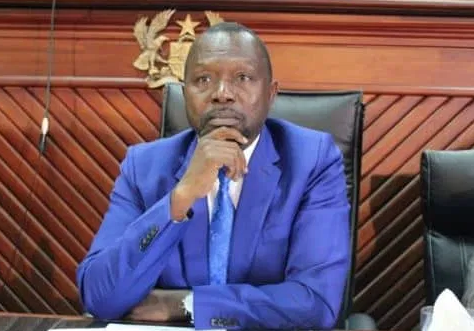 Gabby Asare Otchere-Darko has jokingly made some prediction of what to expect in 2021 as has become a yearly ritual by prophets in the country.

According to him, “The Supreme Court will rule that the petitioner could not provide any material evidence, in terms of actual numbers, to justify the run-off he is seeking against either Jean Mensa or Akufo-Addo”.

Reacting to this in an interview with TV3 monitored by MyNewsGh.com, Dr. Dominic Ayine indicated that it’s unethical for Gabby Asare Otchere-Darko who is a trainee lawyer and should know better to do that.

To him, it will create doubts in the minds of people about the verdict which will be given on the case especially when the court’s decision is in tandem with what he has predicted.

“Now, I found that really disturbing coming from a lawyer, owner of a prominent law firm that does a lot of transactions for the government.

“I think it is unbecoming, it is unethical. Because, supposing, for the sake of argument, the Supreme Court actually comes down the way he has predicted, what do you think people are going to say?

“People may even begin to think that the judgment was being written at the time that he was saying those things.

PPC salutes Rt. Hon ASK Bagbin for his election as Speaker of the 8th Parliament