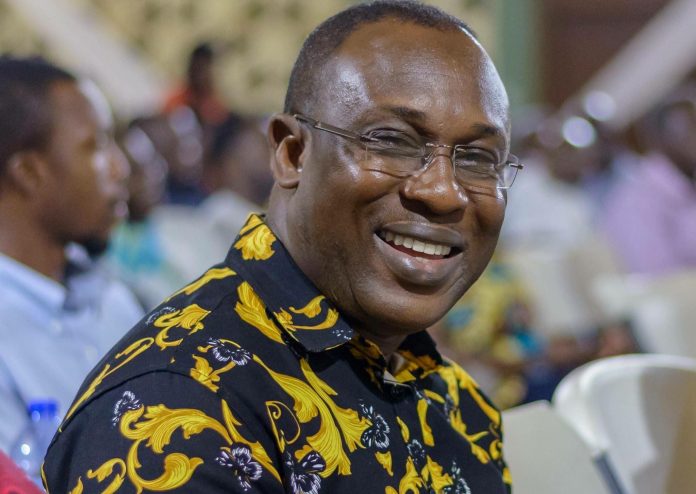 Vice president of IMANI Africa, Kofi Bentil has expressed satisfaction with the tolerance and maturity level exhibited by Ghana’s leaders with respect to religion.

Describing it as a rare blessing, he praised Vice President-elect Dr Bawumia and Chief Imam for their constant visitation to churches despite being Muslim leaders.

He also commended President-elect, Akufo-Addo for his contribution towards promoting unity among the various religious groups in the country.

“You must appreciate how blessed your nation is when your Chief Imam and Muslim Veep go to church, and your Christian President goes to the Mosque. It is a rare blessing that many nations will give a lot for! Allah keep us all,” he established in a Facebook post.

The country’s leaders in recent times have demonstrated great effort towards religious tolerance and peaceful coexistence in the country.

President Akufo-Addo has on countless times joined Muslim leaders to celebrate their festivals namely; Ramadan, Eid ul-Fitr, and so on.

Dr. Bawumia and the National Chief Imam on the other hand have worshiped with several churches during major Christian festivities as well as normal church services.

For instance, the National Chief Iman ahead of his 100th birthday celebration in April 2019, worshipped with the Christ the King church in Accra 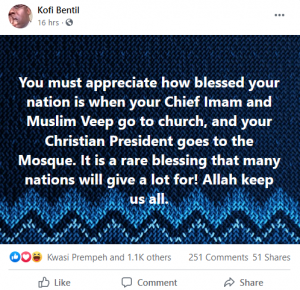