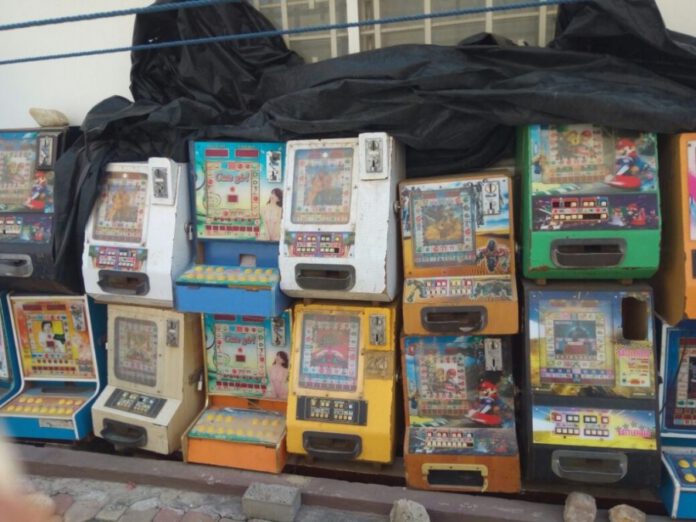 They have so far seized several slot machines over the past few days because the operators do not have licenses to operate. Some of the operators have also exposed their machines which violates the gaming Act 721 enacted in 2006.

The Commission was established with the purpose of regulating, controlling, monitoring and supervising the operations of games of chance in Ghana. Per the regulations, Centres must have identifiable office, a service mark logo registered with the registrar of companies among others.

The raid was part of a routine exercise with the Police Service to reduce or eradicate the menace of illegal gambling. The Commission embarked on this exercise due to the rise of underage persons involved in gambling.

According to the deputy director of operations at the Gaming Commission, Abena Addo Mensah, they have received several complaints from parents whose children are actively involved in gambling.

“We are doing this because of the complaints and the number of illegal operators that have come up, they are too many, we have to have a grip of what they are doing, we are the regulators, we make sure the right thing is done,” she said.

The commission has vowed to raid all the illegal centres to ensure that the right thing is done.