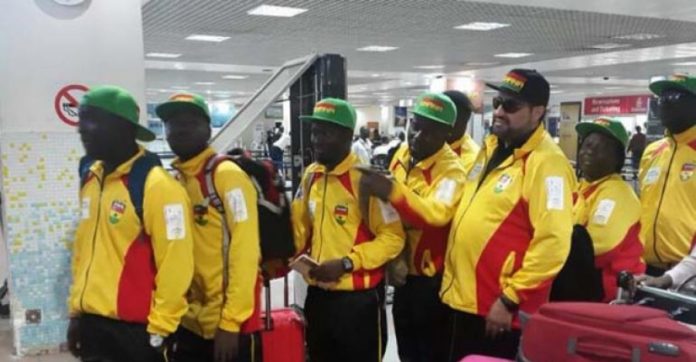 Ghana is the first and only African country that will be participating in the World Cup, with the country fielding national contingent of three (3) teams.

“Even though team Ghana is going into this competition arguably as the youngest team ever in the history of the Event’ we are bent on leaving good footprints,” said Mr Talal Fattal, President of GMF.

He added that “We do not in any way see this as the slightest limitation or disadvantage because, right from day one, we have regarded this as a challenge that is never beyond our reach hence our target to reach the top 8 finalists from over 26 countries.

“This ambitious goal and resolve to make history in the World Cup has been rooted in the carefully planned and comprehensive programs both on and off the course; including the GMF League, trials, tutorials, the Clubs’ League and bi-weekly Get-Together Training Sessions which were organized by the leadership of the Federation.

“We are also glad for the recognition & support from the Ministry of Youth and Sports right from the inception of the Federation, whose blessing represents an embodiment of the spirit of the nation which will carry us on to achieve great laurels for the country.”

The WAGM and MWC represent two of the biggest world stages that epitomize the fun and excitement that Minigolf commands not only as a universally loved pastime, but also a Sport.

Both events, which are just a week apart in the same city, Zaton, will be held on September 11-12 and September 20-23, respectively.

Team Minigolf Ghana led by Mr Talal left the country on Thursday September 7, in order to hold practice sessions in Germany ahead of the main events next week in Croatia.