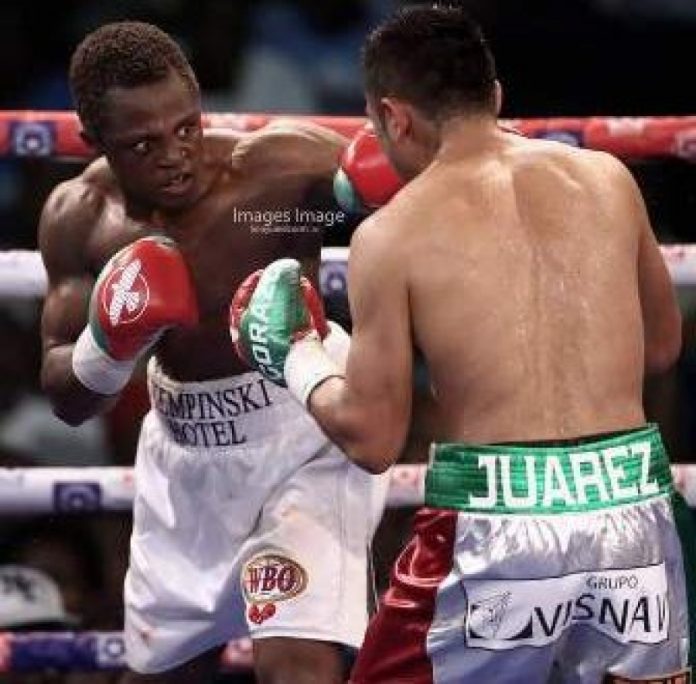 Juarez, in a post bout interview with ESPN Deportes, said that referee Tony Weeks’ decision to end the bout in round 5 robbed him of a chance to win and he was going to file a protest to the boxing authorities.

Dogboe told Citi Sports that he was ready to fight Juarez again under the best financial terms but his priority was taking on Magdelano.

“Will I give him another opportunity, why not? But he has to put something on the table because at this moment, we do not need him anymore.

We are the number contenders and we are the mandatory challengers to Jessie Magdelano.

As things stand, I am like the vice-president of the WBO and so, we are on the edge of becoming the presidents of the division. We do not need Juarez. He needs me and if he wants the fight to happen, he has to come out big like we did, offered what he called for and got the fight.”

Dogboe also said that Juarez’s complaints against Tony Weeks are just “excuses” for losing the bout on the night.