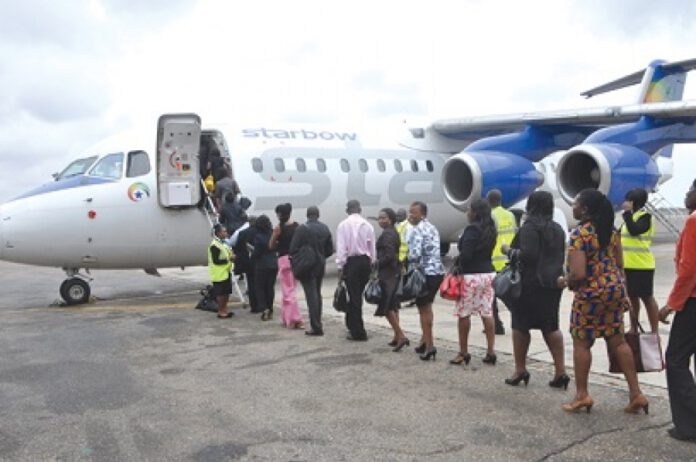 According to them, the unfavourable weather condition has impacted negatively on their operations. “We have had to cancel some flights and have lost money as a result.

“We operate fully when the visibility is good. We have been able to operate most of our flights to Kumasi and Tamale and we have been going to Lagos regularly,” he added.

At least five to six flights were cancelled each day between December 26th and 28th, 2016 with the onset of the Harmattan.
The affected areas were flights from Accra to Takoradi, Tamale and Kumasi.

On Thursday [December 29, 2016], the visibility in Accra was below the minimum but subsequently it has been fine in Tamale and in Kumasi so that has been sorted out,” Captain Thompson further explained.

The meteorological service is however yet to provide information to guide the planning by the various airline companies. “The meteorological service has not been able to tell us when this whole weather phenomenon will stop but the harmattan is a season so maybe it will prevail for another month or so but whenever the visibility is good enough we will fly,” the airline companies stated.

For the CEO of Starbow Airlines, James Eric Antwi who also spoke to Citi Business News said they have so far been operational throughout the harmattan season.