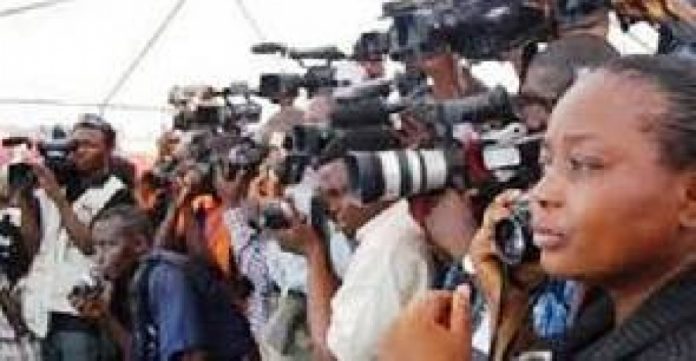 He had been assigned to cover the presidential and parliamentary elections in the Bekwai Constituency but mysteriously disappeared without a trace.

This has left many baffled and in anguish, as the security agencies struggled to find answers to what might have happened to him.

The group, “Society of Adventists in Media” (SAM) at an emotional show of solidarity with his children and mother at Akyeremade in the Bekwai Municipality, appealed for useful leads to aid the police in their investigation.

There is already a cash reward of GH?32,000.00 for anybody, who could provide credible information, to help find him – dead or alive.

Dwamena’s 72-year old mother, Madam Ama Tiwaa, in a shaky voice, said the stress was too much for her, adding that, the past three weeks had been terrible – a nightmare for the family.

He reportedly voted at Akyereamde before disappearing.