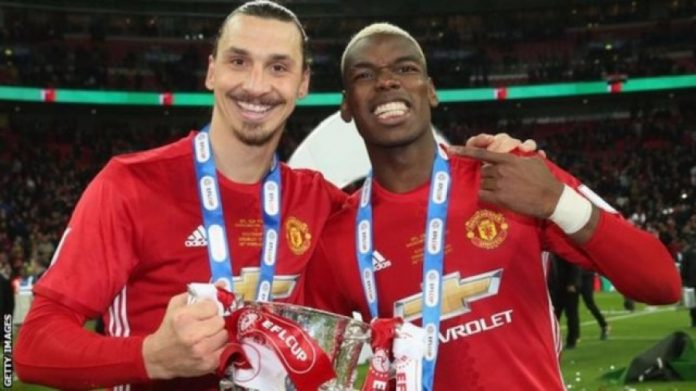 Striker Ibrahimovic, 36, is yet to play this season after suffering a cruciate knee ligament injury in April.

Midfielder Pogba, 24, has not played since injuring a hamstring against Basel in September.

Defender Marcos Rojo is also available and manager Jose Mourinho said: “all three will be selected”.

Mourinho said it was clear there was a “Manchester United before and after” Pogba’s injury.

United recorded three wins and one draw in the four league games they played before the France midfielder was forced off during the Champions League fixture at Old Trafford.

Without him, they won three Champions League games and two EFL Cup ties but lost twice in seven league games – drawing one and winning the other four.

“He has qualities that influence our approach in matches,” said Mourinho.

He was released by the club in June after his season was ended prematurely by a knee injury but re-signed on a one-year deal in August.

“Last season we played with Zlatan every minute,” added Mourinho.

“We have learned how to play without him. Of course, we welcome him back. He is an incredible personality.”