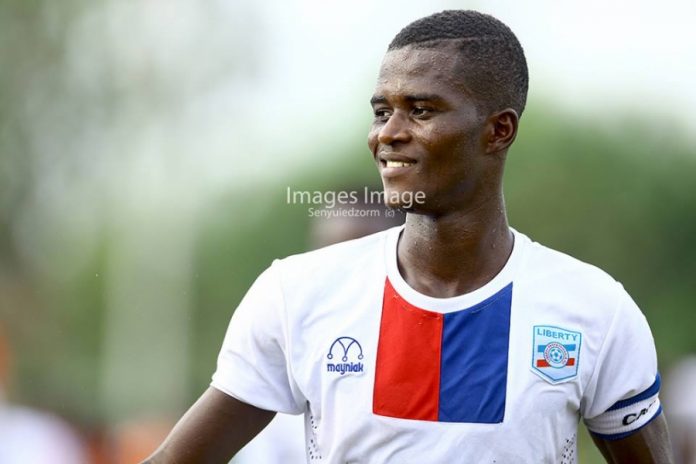 The hard-tackling defender was instrumental in the Dansoman-based outfit’s close shave relegation escape, scoring six goals in as many games to help them finish 11th on the standings.

Sarfo, who also doubles as a Police officer, has intimated that he could seek a fresh challenge after spending three years with the Scientific Soccer lads.

“I’m a footballer, that’s the profession I chose. Any team that needs my services can talk to my management”, Sarfo told Happy FM when quizzed if he will would want a new challenge next season.

“I’m still in negotiations with Liberty Professionals on whether or not to extend my contract, but anything could happen.”

The 27-year-old’s declaration is likely to spark a bidding war between the likes of Aduana Stars, Asante Kotoko and Hearts of Oak, as the former two sides are looking to augment their squads ahead of their next year’s Africa campaign while the latter will hope to acquire his services as replacement for Vincent Atinga, who has left the club after refusing a contract extension.