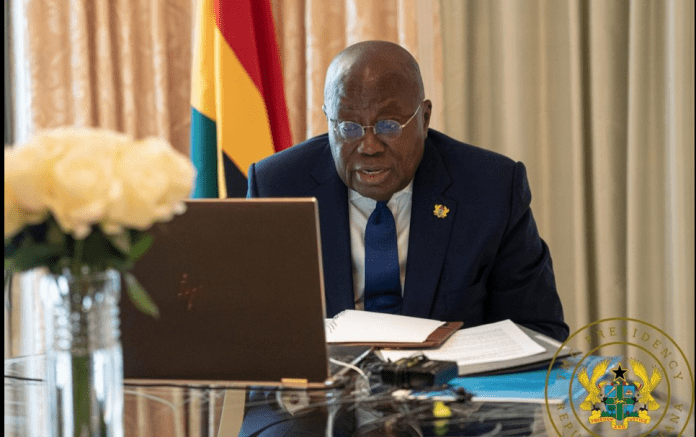 President Nana Addo Dankwa Akufo-Addo has said, ahead of his public address on the economy, that he has consulted widely with cabinet, the Council of State and key stakeholders on the challenges facing the country.

The President said there is hope for Ghana.

In a tweet on Sunday, Mr Akufo-Addo said “I will be addressing the nation after broad consultations with the Council of State, Cabinet and key stakeholders in the economy including, GUTA, AGI, Banks, GPRTU, Forex Bureau Association, Market Women, Ghana Employers Association, and Organised Labour. #HopeForGhanaEconomy.”

Cabinet ended a three-day retreat on the economy on Saturday October 29.

Information Minister Kojo Oppong Nkrumah said that during the meeting, President Akufo-Addo settled on key decisions aimed at responding strongly to the impact of the global economic challenges on Ghana.

Mr Akufo-Addo will be addressing the nation on Sunday October 30 to announce the decisions to the entire country.

Ghana has been going through economic challenges.

Accordingly, the President and other government officials have been engaging key stakeholders on how to deal with the situation.

In a tweet, Mr Oppong Nkrumah who is also lawmaker for Ofoase Ayirebi said “We’ve wrapped up a three day cabinet retreat during which President Akufo-Addo has settled on key decisions aimed at responding strongly to the impact of the global economic challenges on Ghana