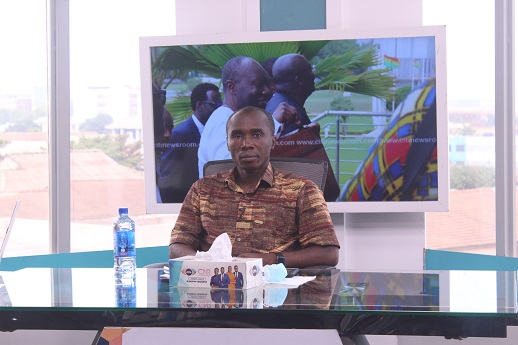 Economist, Dr. Patrick Asuming, says former President John Dramani Mahama’s address on Ghana’s economic situation could have been more apt if he proffered solutions on what government can do to increase revenue.

Dr. Patrick Asuming, also a lecturer of Finance at the University of Ghana Business School said, although the former president was spot on with the raft of proposed measures to reduce state expenditure, his failure to provide any corresponding action in terms of revenue generation was really a ‘big omission’.

“I strongly agree with the need to cut expenditure but what I think was missing is, there was nothing at all at the revenue side,” the economist said.

John Dramani Mahama among other things during his ‘Building the Ghana we want’ address last Thursday at the University of Professional Studies, said the current economic challenges are the worst Ghana has ever witnessed thus recommending a cut down in government expenditure as a means to restore fiscal stability.

To be more specific, he asked the Akufo-Addo government to do away with the redundancies that have marked this administration by reducing the number of government appointees, the collapse or merger of same state agencies as well a halt in some government infrastructure project he deems as not priorities.

He added that, the suggestions could have sufficed more if there were also measures aimed at bringing in more revenue.

“We cannot solve our problems of finance by only cutting expenditure. So that was a big omission because we also have to raise revenue. So we should have heard from him on specific suggestions to raise more revenue in addition to the measures that the current government has put in place. So I don’t know if he is currently satisfied with the revenue measures that are ongoing. For him not to talk about the revenue measures at all, I think it was a big omission.”