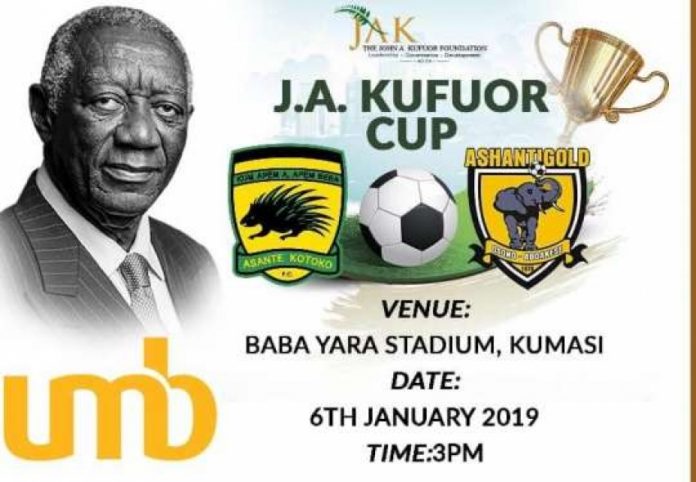 The new date, was at the request of His Royal Majesty, Otumfuo Osei Tutu II, as he was keen on being part of the high profile guests that would grace the match.

The match was originally scheduled for Sunday, December 30, at the same venue.

A statement from the J.A Kufour Foundation said, Otumfuo Osei Tutu II, requested for the change, when the planning committee and the orgnaisers Primeval Media, called on the Asantethene last week to present the trophy to him at the Manhyia Palace, in Kumasi.

The JAK Cup was instituted to commemorate the 80th birthday of Ghana’s second president of the fourth Republic and it is, therefore, appropriate that the game, which would be played at the Baba Bara sports stadium in Kumasi is played in the presence of the land owner His Majesty Otumfuo Osei Tutu II.