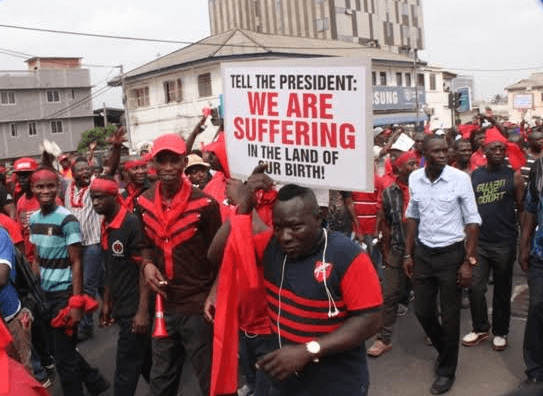 An Accra High Court has ordered organisers of the Justice for Ghana (J4G) demonstration not to picket at the “Revolution Square” opposite the seat of the country’s presidency, “Jubilee House”, as demanded but to rather carry out their intention at the El-Wak sports stadium in Cantonments – Accra.

J4G in a letter addressed to the Inspector General of Police, George Akuffo Dampare, dated 21 November 2022, notified the Police of their intention to picket at the “Revolution Square”.

Their letter of intent stated among other that “the number of participant will be 30 persons only and that the duration of the picketing will be only eight (8) hours starting at 8:00am and ending by 4:00pm”.

“To avoid inconvenience and disruption to essential services, the picketing will be within the fenced confines of the “Revolution Square”. The venue of the picketing, the “Revolution Square” has been carefully selected because the objective of the event is to address the president and his government whose office and seat of government is directly opposite” the letter signed by one Selorm Dramani Dzramado read.

“Holding the picketing at the “Revolution Square” will certainly give the President and his government a ringside view of the general excruciating hardship in our beloved country and would further serve as opportunity to have a candid feedback from us the picketers about his performance as the President of the Republic of Ghana” the letter further read.

The Police following the letter received from the J4G organizers, filed an application at the High Court to stop the intended picketing at the “Revolution Square” on the ground that the J4G group, if allowed to proceed with their plan, they would have breached the Public Order Act, 1994 (Act 491).

The High Court after considering the application by the Police, restrained organizers of the J4G from holding their intended demonstration or picketing at “Revolution Square”.

The Court further ordered that the intended demonstration or picketing, should be relocated to the front of the El Wak Sports Stadium at cantonment and it should be held on Wednesday 30 November, 2022.

Organisers of the J4G demonstration the court indicated, “are to ensure strict compliance with all provision of the Public Order Act, 1994 (Act 491)” as they going about their endevour.