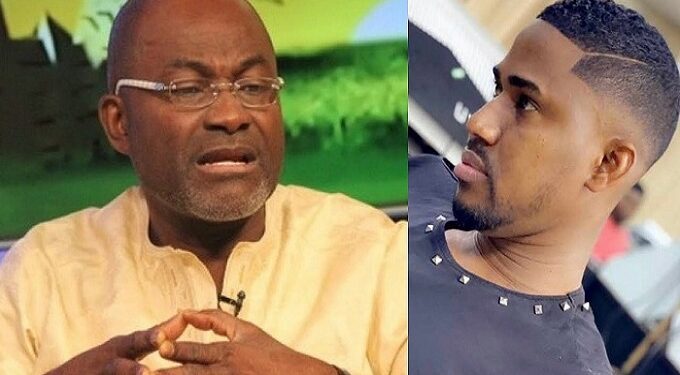 Ibrah One, a Social Media commentator who was asked to be given help because he was not mentally sound has predicted that, Maverick politician and Member of Parliament for Assin Central, Mr. Kennedy Ohene Agyapong will die before January 10.

After coming back from his supposed medical break, Ibrah has taken to his social media wall hitting hard on the lawmaker who called for attention to seek medical help for him.

According to the Ibrah One, the NPP Member of Parliament for Assin Central will go mad or die by committing suicide in 2021 but before January 10.

He wrote on his wall “Before on the 10th January Kennedy Agyapong will go mad or commit suicide, the second person is yet to be approved”.

Though its it not clear why he has posted such on his wall, this is not the first time he is saying such about the NPP member.

According to Ibrah One, he is waiting for conformation of second person who will go after Mr. Agyepong. 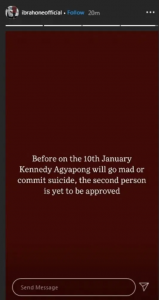 R. Kelly fully vaccinated: Got both doses in prison