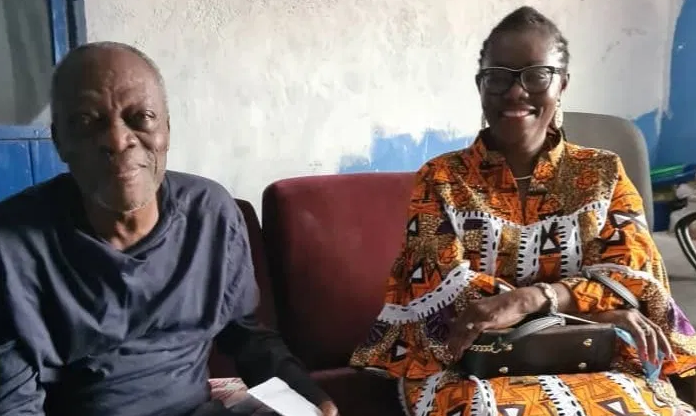 The lawmaker paid a visit to the residence of the actor who blessed television screens with his hilarious acting prowess in the 90s and the early 2000s.

The Minister said in her conversation with the actor, Kohwe was proud to have left his job at the Foreign Affairs Ministry to get into acting to bring smiles to the faces of families.

The Minister in her part asked that he holds on to life pledging an unflinching support for him.

Ursula in a post on Facebook said “Yesterday, I visited veteran Ghanaian actor, Mr. Kofi Laing popularly known as Kohwe as part of my visit to the sick. Kohwe who lives in the Ablekuma West constituency tells me of his joy to have entertained Ghanaians back in the days and holds no regret quitting his job at the foreign affairs ministry in 1965 to do comedy. I had a hearty conversation with the one time vibrant man. I assured him to hold on to life and be hopeful as some of us will continue to support and allow God to do his part. Ablekuma West da m’akoma so. You matter to meY’abr3 anka y’ad”