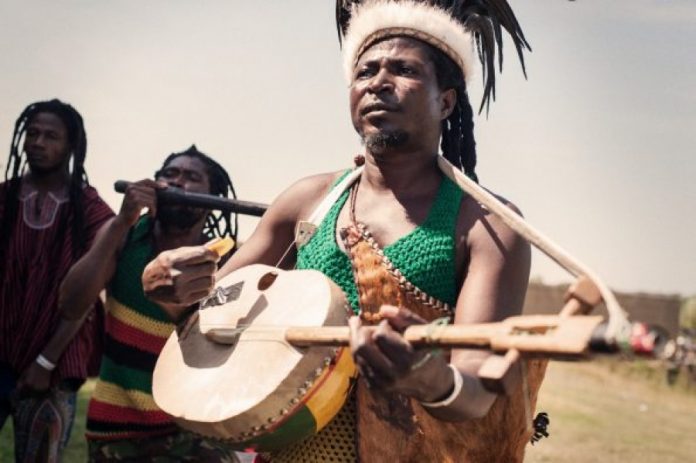 With his performance in South Korea, Ayisoba, who is known for his hit song, I Want To See You My Father, becomes the first Ghanaian act to perform in that country.

As successful as his shows were, Ayisoba says his biggest takeaway was how viable traditional music is and why it must not be neglected. “I did some interviews in South Korea and they asked me if I was the only big artiste in Ghana. I said no and mentioned some of our current stars like Shatta Wale and Sarkodie but they did not have any idea who they were,” he said.

He continued, “For me, this obviously means traditional music is more powerful than Hiplife or Hiphop or Dancehall music and Ghanaians must not throw it away.”

Traditional music is not really an appreciated music genre in Ghana with more focus on highlife, dancehall, reggae and hiplife and this is something Ayisoba finds unfortunate.

“Traditional music has been relegated to the background and we are championing foreign music genres. Dancehall isn’t Ghanaian. I don’t think any of our dancehall artistes can do it better than the Jamaicans. Let’s promote our own so we can be appreciated by international audiences,” he urged.

Ayisoba hasn’t been as visible on the Ghanaian music scene for a while now but he has been raising the country’s flag high on the international scene. Since the beginning of the year, an extensive world tour and has seen him perform at 33 venues not only in Asia but across Europe in countries like Holland, France, Germany, Denmark, Belgium, Switzerland, Spain, Italy and Romania.

On a short break in Ghana, he will leave soon for Poland where he will perform at the World Music Expo on September 25.

While he has been busy performing, King Ayisoba has also had time to release a 10-track album titled, 1000 Can Die. The album features a number of Ghanaian acts like Wanlov and Mensa. He also has Lee Perry, who produced some of Bob Marley and the Wailers’ big hits like Small Axe and Soul Rebel on one of his songs. The album is already out in Europe but he plans to do a full launch in Ghana soon.

Unlike some mainstream artistes who have had difficulty making ends meet, King Ayisoba, real name Albert Apoozore, has had a good career. “My life’s changed. I started music poor but now I’m doing very well. I have a big house in Bolgatanga and one in Accra and I am able to take good care of my two wives, five children and extended family.”

Being proof of how music can transform lives is why Ayisoba wants government to not only pay lip service but support the industry especially those in the traditional sector.