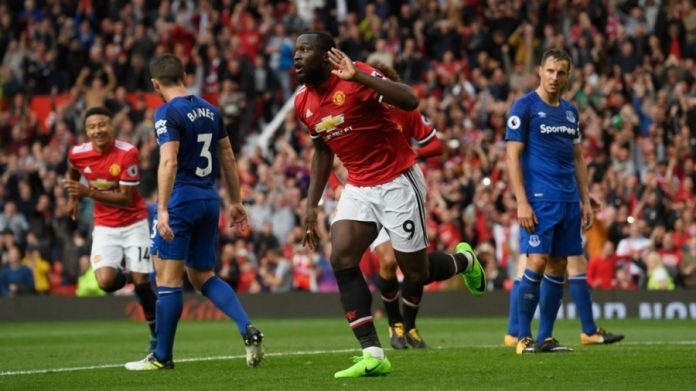 Romelu Lukaku said that his goal celebration which involved holding his ear to Everton fans after scoring in Manchester United’s 4-0 win was just “banter”.

United ended up blowing Everton away towards the end of Sunday’s Premier League encounter, scoring three times after the substitution of former hero Wayne Rooney in the 82nd minute to add to Antonio Valencia’s stunning early opener.

For United’s late surge, Lukaku first set up Henrikh Mkhitaryan for their second goal, then netted from close range himself, before Anthony Martial wrapped things up from the penalty spot.

Lukaku cupped his ear in celebration after his 89th minute strike, which could have been perceived as goading Everton fans, though he insisted that was not the case.

“I mean, it’s another goal and I’m happy with the win,” he told Sky Sports.

“It [the celebration] was just a bit of banter, after [they cheered] the free-kick I missed.”

Despite running out comfortable winners, United were poor for a significant chunk of the match, particularly in the second half and Lukaku recognised that they should have been wrapped up long before the late flurry.

“We could have scored more in first half,” he added. “We weren’t clinical enough.

“Everton created problems in midfield and the manager gave us tips at half-time of how to sort it.

“In the second half, Everton had a lot of control but quality was the difference in the end.”