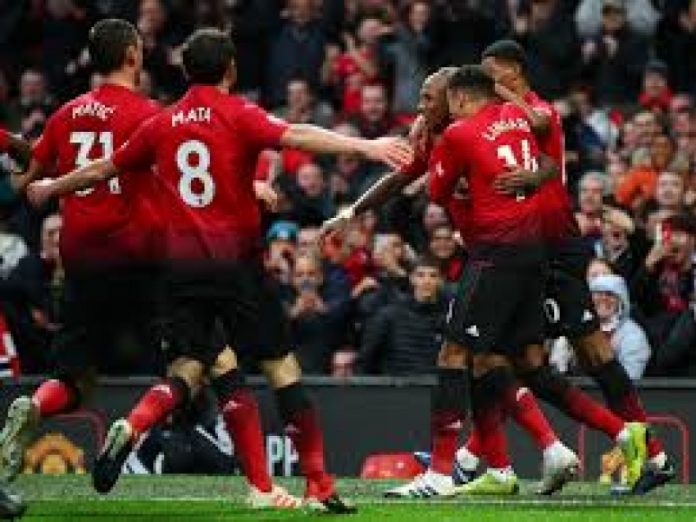 The 2-1 defeat saw United miss a chance to top Group H but Mourinho said it was still a “success” to finish second.

United had already secured a last-16 place and made eight changes to their line-up in Valencia.

“Nothing that happened surprised me at all,” said Mourinho when asked if he had learned anything about his players.

“I didn’t learn anything from this game.”

Three substitutes were involved in United’s late goal, with Ashley Young and Jesse Lingard playing key roles in the build-up to Marcus Rashford scoring. But Valencia were already 2-0 up after Carlos Soler’s low strike and a Phil Jones own goal.

As well as criticising his starting line-up Mourinho expressed his frustration at having to make substitutions he “did not want to make”.

“I expect (better) from my players, especially players that week in, week out, you ask me ‘why don’t they play?’, ‘why they don’t they start?’ the United manager said.

“(It) was a good match to play, a match without any kind of pressure, a match in a competition that everybody likes to play.

“And, in the end, my team improved, really, when I made the changes that I didn’t want to make, which is a little bit of frustration because I didn’t want to play the three players that I played in the second half.”

Had United finished top, they would have faced either Atletico Madrid, Roma, Schalke, Ajax or Lyon.

“Apart from a couple of clubs that are clearly much better than the others, I don’t think the draw will be significantly different,” said Mourinho.

“There are teams who finish second that the ones who finish first will not be happy to play against.”

The Scot said it would be “suicidal” to play an “open game” when they travel to Anfield to play Liverpool on Sunday.

Speaking on BBC Radio 5 live, the 34-year-old Stoke midfielder added: “It wasn’t a dead rubber because they have Liverpool next and some of the players that played [against Valencia] aren’t in the team [regularly].

“There were questions over them. Now it feels like players who should have a point to prove have come back in [and haven’t proved themselves] and it’s kind of back to square one. It was slow, lethargic, disjointed.

“They are not drilled enough to play Liverpool in an open game.

“It will be instructions to play in Liverpool’s half, missing midfield out. You will probably see Nemanja Matic and Marouane Fellaini and pace either side of Romelu Lukaku.”

United were unbeaten in five games before Wednesday’s match, but they sit sixth in the Premier League table, 16 points behind leaders Liverpool and eight points below Chelsea who are in fourth – the final Champions League qualification place.

Speaking on BBC Radio 5 live, former Chelsea winger Pat Nevin said defeat at Anfield could see that gap develop into “a chasm” between United and their rivals.

“It’s that distance that’s been opened up between the top five and everybody else,” Nevin said.

“I expected it to be a top six but that gap would look like a chasm if they don’t get anything out of the game – [they need] at least a point. It’s fingernails stuff.

“Less than that and you are talking about losing the chance of Champions League football for next season this early on and that’s a really tough one for Manchester United to take.

“I still think Mourinho will be there until the end of the season, I’m convinced on that. But next season, I wouldn’t put quite so much money on it.”

Is United’s European season over?
Jon: I don’t think you could get me to watch the game this Sunday if you paid me a million pounds. If Manchester United play like we did tonight, it’ll be a cricket score.

Steve: Clear to see that Jose Mourinho went into this game with the mindset that Juve would win and had already settled for second. This club used to strive for nothing but first but not any more. Awful performance.

Jacob: It’s actually quite hard to describe just how awful United have been. In truth I should have gave up watching after Phil Jones’ coolly incompetent finish, but it has held my gaze like the unfolding of a tragically predictable horror story. I’m unlikely to be so brave when we play Liverpool.

Daniel: That’s United’s European season over – they’ve no chance of beating any of the group winners. Glorious chance to win the group tonight with the Juventus result, but Mourinho bottled it even before kick-off with his team selection. Awful.