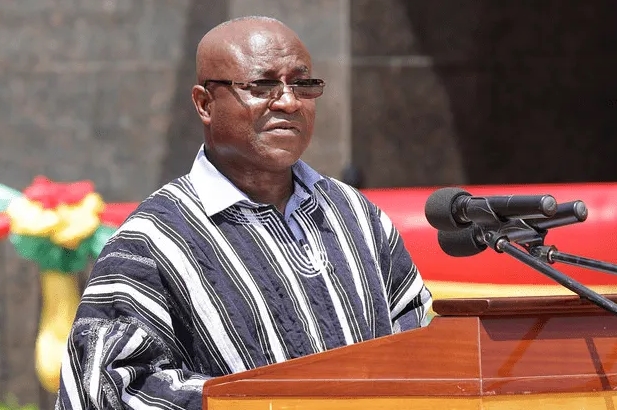 Minister for Parliamentary Affairs and Member of Parliament for Suame in Ashanti Region, Osei Kyei-Mensah-Bonsu has warned that monetization of political party activities has a huge implication on the peace and security the country is enjoying, and for that matter, a holistic view must be taken into it.

According to him, it is certainly one of the causes of electoral violence, a do-or-die approach to the country’s elections that lead to vigilantism and an increase of polarization of the country.

To this extent, the Minister said there are calls for reforms of the internal organization of the political party activities.

“The issues are structural and call for amendments to the constitutions of the various political parties. Also to be mentioned is electioneering campaign funding as well as many other thorny issues that require an amendment to the Political Party Law,” he said.

The Minister said this when his ministry, the Parliamentary Affairs organized a-day dialogue with the National Media Commission and Religious Bodies in Accra.

The program was themed: “Towards Democratic Elections in December 2020: The Perspective of The National Media Commission and Religious Leaders.”

He noted that one of the factors that need to be addressed which have an effect on politics and state security is the winner-takes-all approach.

The Suame legislator also hinted at some of the areas his ministry may want to examine stakeholder thoughts, which include the upward ceiling of the number of Justices of the Supreme Court; the position of Regional Tribunals; the optimum number of seats in parliament; the choice of the Speaker of Parliament, whether or not he/she must be a sitting member of the House.

“Other areas are the composition of the Executive, whether we should continue to have the hybrid system; whether presidents have to submit names of nominated for vetting in all cases, including, in particular, when ministers/deputy ministers are to be reshuffled; the optimum number of ministries to create; the optimum numbers of ministers to have; the appointment of the commissioners of the Electoral Commission; whether or not MPs can serve on Boards of public corporations and state enterprises; the ability of parliament to initiate and pass bills; the composition of the Council of State; and the role of the Council of State in our governance architecture.”

“These are matters that require national reflection, and I believe a holistic constitutional review and not just tinkering with the 1992 Constitution,” he added.

On the credibility of the Ministry, Mr. Kyei-Mensah-Bonsu said it has done quite well since 2017.

“We have had fruitful interactions with various state and non-state actors, with the view to shaping preferences and opinions through advocacy and measured activism in a bid to co-opt and gather a critical mass of stakeholders to effect changes where needed or to perpetuate aspects of our governance architecture that are worth maintaining,” he stated.

He mentioned four important areas his ministry has chocked successes which are; Discussing the increasing, albeit, suicidal monetization of intra- party elections; Improving the working relationship between MPs and MMDCEs; Increasing Media and Civil Society involvement in governance, especially critical policies, programmes, and laws that are considered by Parliament and embarking on processes to consolidate undertakings leading to a comprehensive review of the 1992 Constitution.