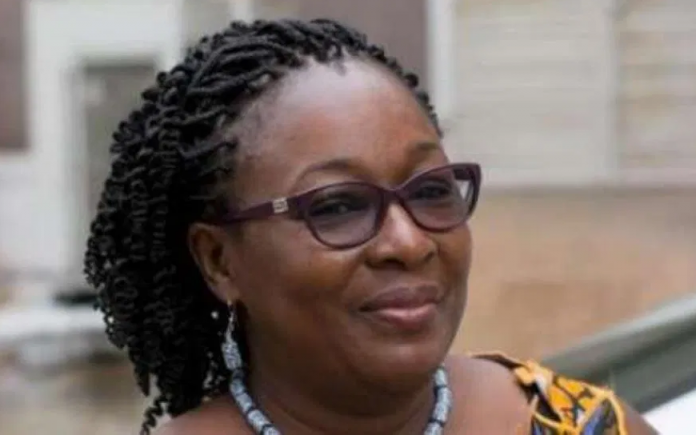 The National Theatre of Ghana is raising about $75,000 to repair their cooling system which is not functioning properly and also deteriorating.

The Executive Director, Mrs. Amy Appiah Frimpong said this in a statement she posted on her www.gofundme.com account page, saying their air conditioning unit needed some major repairs which were being addressed over the last two years.

“However with the advent of COVID-19 and the restrictions to movement and congregation of people, the Theatre was shut down for six months,” she wrote.

The post noted that during this period the water in the air conditioning unit was turned off to protect the equipment and minimize spending, but unfortunately to them, this led to a fast deterioration of the metal stands supporting the cooling towers. 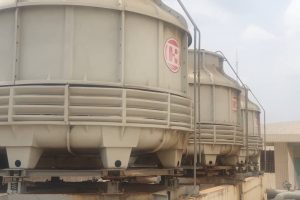 “Still struggling from the impact of COVID-19 and our inability to generate the needed funds to fix these towers, we need the support of friends and lovers of the Performing Arts to save our cooling towers and to save lives,” she added.

On 18th May 2017 at the National Theatre, Nana Kwame Ampadu bashed authorities of the National for the heat in the auditorium during a freestyle performance at the MTN Heroes of Change programme.

In the course of the performance, while singing ‘Te W’anim,’ he said: “you are here enjoying the show but see how you are fanning yourself due to the unbearable heat. Tell the authorities responsible to fix the air cons.”

A similar thing happened at Becca’s anniversary concert. After the concert held on 21st October 2018, some patrons including entertainment pundit Nana Poku Ashis took to Facebook recount how they got literally burnt in the auditorium. 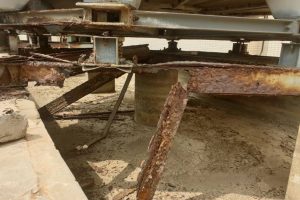 The Executive Director of the National Theatre, Amy Appiah Frimpong explained that the air conditioners were functioning except that they were in lower capacity than they were when originally installed.

“We’ve talked about this for a couple of months now and it’s the same issue. When the air-conditioning system was replaced, they put it lower capacity air conditioners. So it’s not like it’s not functioning – it works. On Saturday it was working,” she told Citi FM’s Kwame Dadzie.

They promised to buy mobile A/Cs after media backlash

After the fiery criticism of the heat in the auditorium, the authorities of the theatre decided to buy mobile air conditioners to add on to the low-capacity air conditioner that has been in place for the past 25 years.

In November 2017, the Deputy Executive Director of the National Theatre, Tawfik Prah, hinted they had started the process of procuring new mobile A/Cs.

“Admittedly, the theatre itself has the air conditioning system in place but we just need to augment it so that we can stay in our best capacity for any of the programmes that come our way. So in the interim, we trying to procure 10 horsepower mobile air conditioners in order to augment what we have,” he said.

This was reiterated by the Executive Director of the National Theatre, Amy Appiah Frimpong at the launch of the 25th anniversary on 19th December 2017 that the air conditioners would arrive at the theatre latest by January 2018.

“We have just finished the procurement of free-standing air conditioners to supplement what we currently have in place. So hopefully when you come in here in January, a new air conditioner will be in place and you would have a better experience,” she stated.

Four AC’s were later fixed in the auditorium of the National Theatre; two on the down floor and two upstairs.

Speaking to the Deputy Director of the theatre, Tawfik Prah on 8th March 2018, he said the air conditioning system at the theatre had improved upon the installation of the new air conditioners.

“We have four (4) air conditioners at the moment which to our standards are working very well and satisfying the purpose for which they were purchased. We have had few shows after they were installed and I can say the condition is better now,” he told Citi News.

It has a building area of 11,896 square meters (128,050 square feet) and is sited near the junction of Independence Avenue and Liberia Road. The building has a complicated construction molding and novel exterior features. When looked at from a distance, the whole structure looks like a gigantic ship or a seagull spreading its wings. 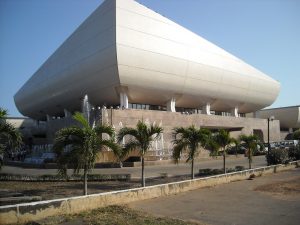