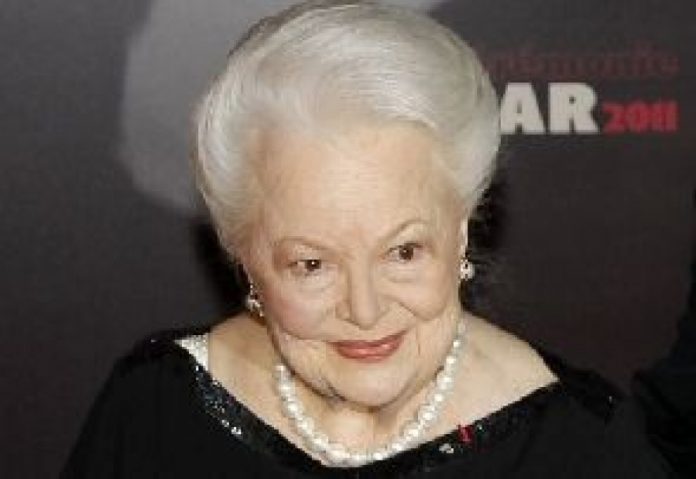 De Havilland, who turns 101 on Sunday, filed a lawsuit against FX Networks and producer Ryan Murphy over the miniseries Feud: Bette and Joan.

The drama explored the bad blood between the Hollywood screen legends Joan Crawford and Bette Davis.

The actress, who appeared in 50 films, was played by Catherine Zeta-Jones.
In papers filed at the Los Angeles Superior Court, de Havilland – who was made a dame in the Queen’s birthday honours in June – said the show’s characterisation of her damaged her “professional reputation for integrity, honesty, generosity, self-sacrifice and dignity”.

The Gone With The Wind star is asking a jury to consider the emotional distress caused by the show, as well as potential financial losses and the profits made from using her identity.

She last appeared on the big screen in 1979’s The Fifth Musketeer.

The Paris-based actress’ lawyers told The Los Angeles Times: “The FX series puts words in the mouth of Miss de Havilland which are inaccurate and contrary to the reputation she has built over an 80-year professional life, specifically refusing to engage in gossip mongering about other actors in order to generate media attention for herself.”

De Havilland – the only person depicted in the series who is still alive – also said she was not consulted.

But in an interview with the Hollywood Reporter earlier this year, Mr Murphy said he did not contact de Havilland because he “didn’t want to be disrespectful and ask her, ‘Did this happen? Did that happen? What was your take on that?'”

The eight-part series, which is a contender for an Emmy nomination next month, is due to air in the UK on BBC Two later this year.