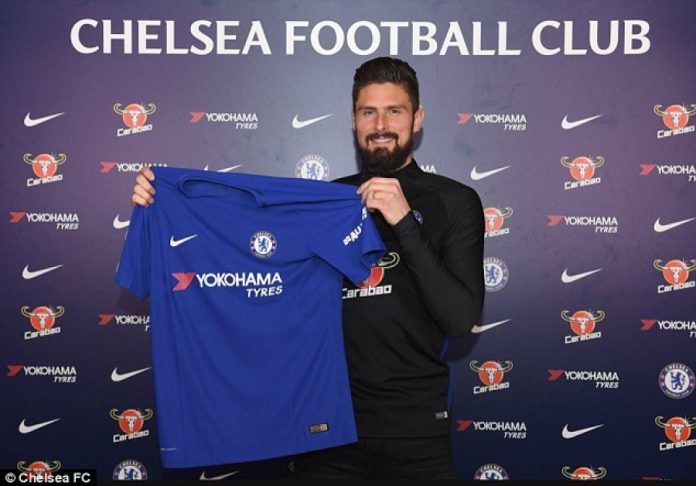 The Gunners agreed to sell Giroud to their London rivals after wrapping up a club-record £56m deal for Pierre-Emerick Aubameyang.

Dortmund were prepared to sell Aubameyang once they knew they had a deal secured for Michy Batshuayi, who underwent his medical in Germany on Wednesday morning.

The two clubs have yet to announce Giroud’s transfer, but he has also completed his medical and agreed personal terms for his move across London.

The signing of Giroud ends Chelsea’s frantic search for a striker this January, with the club chasing Roma’s Edin Dzeko, Andy Carroll from West Ham, and even 37-year-old Stoke star Peter Crouch.

Wenger hailed the ‘top class’ commitment of Giroud after the striker played in Arsenal’s defeat by Swansea despite being on the brink of joining Chelsea.

The 31-year-old Frenchman, who spent five-and-a-half years at Arsenal, came on for the final 15 minutes of the surprise 3-1 loss on Tuesday night even while the club ironed out the final details of his transfer.