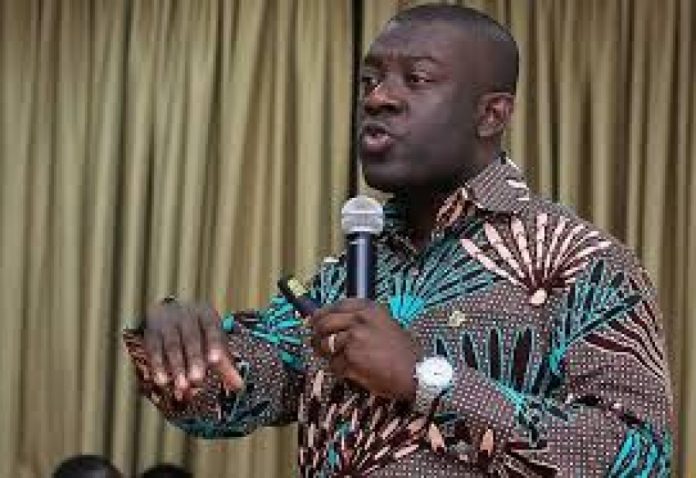 The Finance Minister, Ken Ofori-Atta, stated that the government had promised to end ‘dumsor’ and had delivered, while presenting government’s budget and policy statement for 2018 in Parliament on Wednesday.

This claim was widely criticized by members of the Minority who argued that the investments in the sector made under the National Democratic Congress (NDC) administration had stabilized the power situation well before the NPP came into office.

However, Kojo Oppong Nkrumah, speaking on the Point Blank segment of Eyewitness News, stated that the previous government’s focus on increasing production capacity in the sector, though commendable, was not the primary reason for the end to the power crisis.

“I’ve not said that we give no credit to the previous administration for anything they did. What I’ve said is that, a lot of the gains we’ve chalked are principally because of the works we’ve done. Throughout the campaign of 2015 and 2016, we always said that the energy crisis was a financial crisis.

We believed that there was enough production capacity to meet our needs. The reason for which some of those plants were not producing and meeting our needs were because there were debts owed them, there were crude oil financing needs that money was not being made available to finance. Our challenge wasn’t about having enough power plants but about having a viable financial solution to ensure that the plants we had were fired,” he said.

According to him, the problems in the sector were purely financial, which the new government had shown commitment to addressing since they took over, in terms of appointments and resource allocation.

“When Nana Akufo Addo named 110 Ministers, he was lambasted, but he has a deputy Minister responsible for financing the energy sector. His job is to ensure the regular stream of financing to ensure that our power plants were firing and giving us enough and excess because if you did the numbers at the time, we had enough capacity. It is our claim that pursuant to that strategy and making sure that the plants are liquid, that’s where we are today.”

The Minority challenged a number of the statements made by Ken Ofori-Atta in Parliament, even raising cards with ‘419’ budget printed on them.

However, his claim that the current administration had ended dumsor, earned the loudest jeers from the opposition.

The Minority Chief whip, Mubarak Muntaka, stated after the presentation of the budget in an interview with Citi News that “the most shocking and the most insincere comment of the Finance Minister was when he said they had ended dumsor.”

The Asawase legislator believes that contrary to Mr. Ofori Atta’s claims, the frequent power outages came to an end under the NDC’s tenure.

“You and I were in this country. Long before they came, Dumsor had ended. If you remember by January, February of 2016, there was no dumsor. All the things that he said they had added, just check. All the 445 megawatts that he is talking about adding, just check, when it was done.”