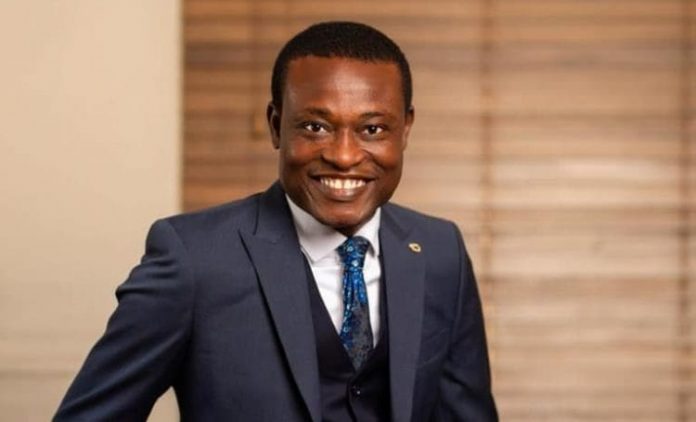 Parliament has approved the nomination of Mr. Kissi Agyebeng as Special Prosecutor following the consideration and adoption of the Ninth Report of the Appointments Committee.

The approval was by consensus with the new SP tasked with the responsibility to initiate investigations into all suspected corruption-related offences of all persons in public service.

Mr Kissi Agyebeng was nominated by the Attorney General, Godfred Yeboah Dame and his nomination was accepted by President Nana Akufo-Addo.

Mr. Agyebeng appeared before the Appointments Committee on Thursday, July 22, for vetting and pledged to be his own man in developing strategies to fight corruption and vowed to set a standard if given the nod.

He admitted it is about time the country developed its own index and as the Special Prosecutor, he is mandated by law to do so to help fight corruption and pledged not to be bias but to be fair and neutral in the discharge of his duties.

Asked at the vetting whether he would criminalise unexplained wealth acquired by public officials, Mr. Agyabeng said the public official will be given the chance to explain and justify how he or she came by that wealth but added that if the explanation of the acquired wealth is questionable, then that official will be investigated and if found culpable, made to face the law.

When asked if he has what it takes in terms of age and experience for the position Kissi Agyabeng responded by giving his eighteen years of experience in Law practice and lecturing some of the vetting panelists at the Law School.

Concerning his age, he said he is not too young to even occupy the Presidency comparing his age at forty three to that of the current Minister of Justice and Attorney General.

Majority Chief Whip Frank Annor Dompreh presenting the Committee’s report on the floor of the House said the Committee unanimously agreed to recommend him to the House for approval because it was satisfied with the answers provided by the nominee.

He said he met all the requirements that the Committee was looking for in a nominee for the Office of the Special Prosecutor hence the Committee’s unanimous agreement to recommend him by consensus to the House for approval.

The Nsawam-Adoagyiri MP said the Committee observed that given Mr Agyebeng’s high standard of competence, forthrightness in answering questions, independent-mindedness, selflessness, solid principles and an in-depth appreciation of the task ahead, backed by his onerous experience, knowledge of the law and his promise to be above political colour, qualifies to serve as the Special Prosecutor.

He said the Committee was persuaded that the nominee had the requisite integrity, competence, courage, determination, sense of purpose, independence of character and a mind suitable for the position.

The Minority Leader and Ranking Member on the ACP, Hon. Haruna Iddrisu, seconding the motion noted that it was not the first time an attempt was being made to fight corruption, since all the military interventions had cited corruption as the basis for the interventions.

He said it was instructive to hear from Mr Agyebeng that crime had no political colour and that the task of fighting corruption was weightier than one person and expressed the hope that Mr Agyebeng would not base his work on perception and intelligence information to lead him to witch-hunt.

The Tamale South legislator indicated he was particularly impressed by the nominee’s pledge to be his own man in developing strategies to fight corruption but was quick to add his doubt about his political neutrality and ability to perform independently since he was handpicked by the President instead of through a competitive process.

The First Deputy Speaker who doubles as Chairman of the Appointments Committee, Joseph Osei Owusu then presiding said the members of the Committee were satisfied with the answers provided by the nominee, hence their approval.

When the motion was moved for adoption at the plenary, the House, by a voice vote unanimously agreed and adopted the Report and confirmed Mr Kissi Agyebeng’s nomination by the President for the appointment as Special Prosecutor.