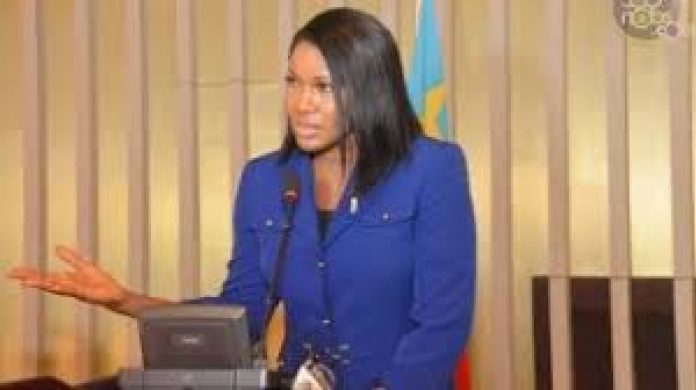 Despite winning big at the 2016 edition of the Africa Movie Academy Awards (AMAAs), the movie is a subject of a court suit with writer and lawyer Daniella Madudu claiming it as her intellectual property.

According to the author, she gave the manuscripts of the book to one of her friends, Joy Ndidi to edit. Ndidi however became Stephanie’s Personal Assistant.

She was therefore surprised to see major excerpts of her book revealed in Stephanie Okereke Linus’ movie, ‘Dry’.

In an interview with Joy News’ MzGee, the award winning actress Mrs Linus, however, insisted that the suit was an attempt to defame her and would be handled accordingly.

“Because you’re a popular person, someone thinks that they can wake up from anywhere and lie or smear your personality. It just doesn’t make sense; this movie has been on the public space for how many years? I’m almost moving to the next project and all of a sudden you just remember that something happened.”

She added that, “It’s really outrageous and I just feel it’s very sad and maybe people should pick their battle and watch the person they need to attack.”

A clearly upset Stephanie explained that she did not even know Daniella Madudu personally and said that she met the mutual acquaintance in question only after she had finished shooting the movie.

She quickly added, “But I addressed the situation and I’m gonna deal with it very seriously.”

She also attended the Glitz Style Awards last Saturday cladded in an exquisite black gown where she presented an award.