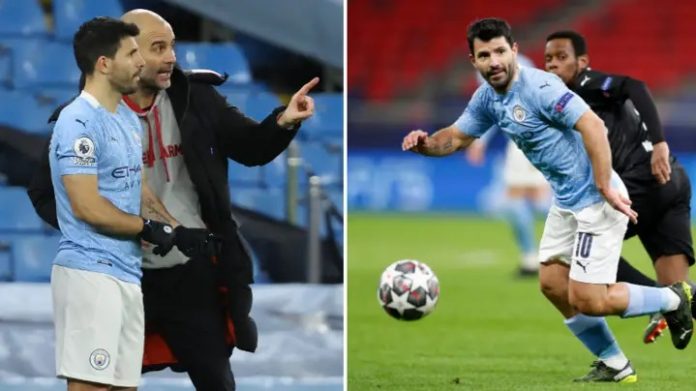 Sergio Aguero is a potential target for Chelsea, with the Manchester City striker reportedly open to staying in the Premier League if he leaves Pep Guardiola’s side this summer.

It’s been a poor season for Aguero with injuries, Covid-19 and a lack of form meaning he’s been way off his usual best for City.

Aguero’s contract expires at the end of the season, when he could leave for free, and with Guardiola reportedly having a striker at the top of his summer wishlist it could be the end of Aguero’s 10 year spell at the Etihad.

According to the Times it might not mean an end to his time in England though, with the paper reporting that the former Atletico Madrid striker is open to staying in the country with another club.

The Daily Mail claim that Chelsea are interested in the striker, having previously wanted to sign him a decade ago when he left La Liga.

The Blues signed Timo Werner last summer but so far the former RB Leipzig striker hasn’t scored the goals he was brought in for, though his form has improved recently.

Chelsea have improved in general under Thomas Tuchel but they are still not scoring enough goals and a striker could once again be a priority in the transfer window.

Like City, the west London side has been linked with a move for Erling Haaland, though it is claimed the Norwegian only has eyes for six clubs, and Chelsea isn’t one of them.

Aguero has also been linked with a move to Barcelona, with the Catalan giants potentially hoping a move for Argentina forward can help persuade Lionel Messi to stay.

With limited funds available for transfers, a ‘free’ move for Aguero would be an idea for Barca, even though wages and signing bonus would still be a factor.

Even if Messi did decide to leave they could still be interested in a move for the City striker as they look to replace the six-time Ballon d’Or winner’s goals.

City aren’t currently in a rush to begin talks over a contract extension and could still decide to keep him, though Barca are able to negotiate with him already.

After 10 years playing for the club, and winning four league titles with them, potentially five this season, it would be weird to see Aguero in a Chelsea shirt!