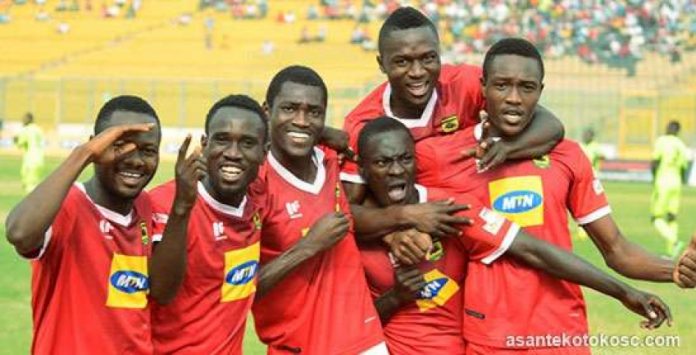 Asante Kotoko heads into the game at the Bara Yara Sports Stadium with a 3-2 advantage from the first in Yaounde.

Victory or draw for the Reds will see them progress to the group stages of the Confederation Cup for the first time since 2008.

Despite the tense rivals between the Rainbow Boys and Kotoko, gaffer Kim Grant says the Porcupine Warriors representation in Africa is for the betterment of Ghana football, so they have his full support ahead of Coton Sport clash.

”It’s going to be a tough game for them [Asante Kotoko] and they are representing Ghana so we are all brothers but when there’s a league we are enemies,” the former Ebusua Dwarfs Technical director told the media.

”But at the moment I wish them luck and hopefully they are successful”.