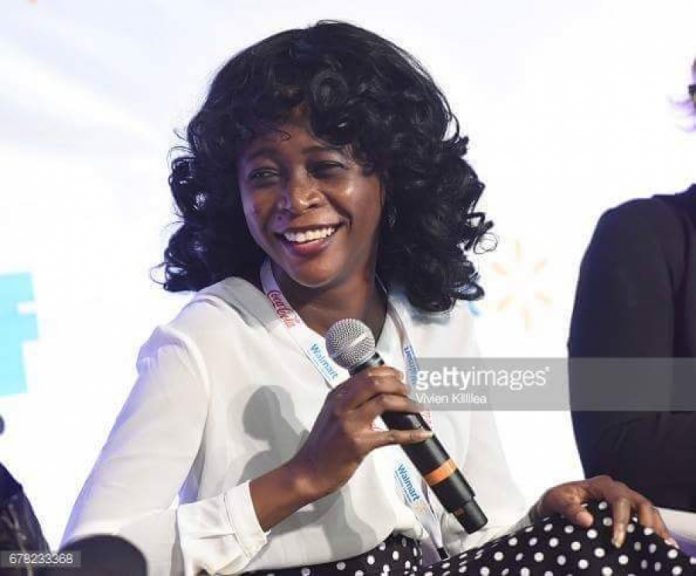 The astute filmmaker in a post on Facebook said when she started her career in filmmaking in Ghana, times were hard for her because she was working for free.

She indicated that although she was not an actress, she earned a role to be a maid because of how she was looking ‘hunger stricken’ and very ugly.

However, she wasn’t broke by comments of people saying she was ugly.

“I’m hoping this story inspires some young woman out there.
I was on the Stories Matter panel at the ongoing Bentonville Film Festival and one of the panelists was Kathy O’Brien from Uniliver and head of the Dove campaign where they show that women are beautiful no matter what. It’s inspired me to tell my story.
—
Many years ago, my father was sick with stroke, things were hard at home. I was struggling in the Ghana film industry working without pay and I looked emaciated from starvation.
At TV3 one day, one of the Gama executives said to me:
‘Leila, I have a film I’m working on and I really see you playing the housemaid’.
Housemaid.
Not that there’s anything wrong with playing that character, but I was not an actor. He only said that because of how I looked.
That same day, I went home broke because the men at Gama were all caught up gawking over a pretty light skinned girl in the office, they refused to pay me.
Not too long ago, someone on Ghanacelebrities website said I am so ugly, my mother should have aborted my pregnancy.

With this my ugly face, I look back on my journey of the past 20 years and I say to young women out there:
YOU CAN BE ANYTHING YOU WANT TO BE, NO MATTER WHAT YOU LOOK LIKE.
No woman wakes up looking like a cover girl. After all the paint on the face is stripped away, what else is there? Beautiful women have died and are forgotten.
It’s your choice.
I’m at a point in my career now where no one, ever, would or can come up to me and tell me what I can or cannot be based on what I look like.
As far as I am concerned, I; look like a boss!”